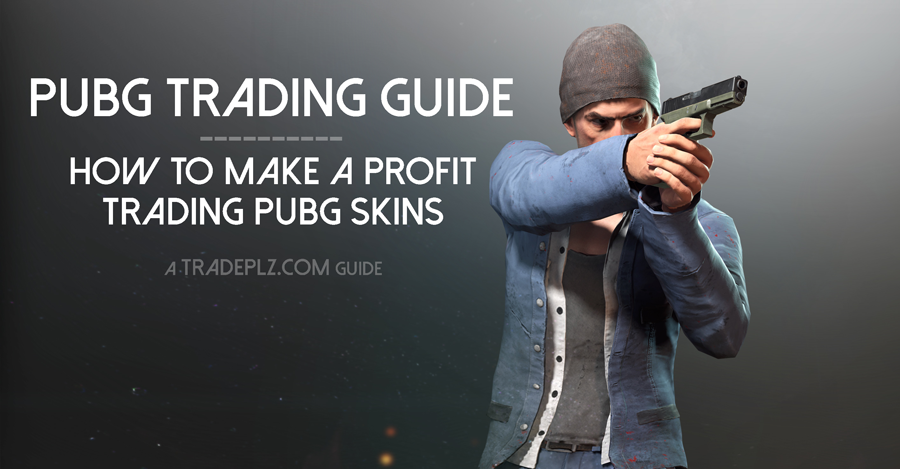 Playerunknown’s Battlegrounds has just blown up in popularity this year so it’s only natural that the PUBG skins & economy has done so as well, with clothes and skins skyrocketing in price it’s no wonder more and more people are interested in getting into PUBG trading to either get some good looking skins or to earn some profit. In this guide I’ll go over a few PUBG trading tips and methods that you can help you earn some profit.

This guide contains some affiliate links, using them will earn the site some revenue

Buying PUBG crates in the beginning of the week 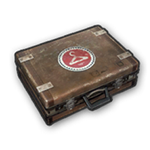 There’s currently free PUBG crates that you can get by spending Battle Points (you get these points by playing the game), if you first buy a crate then decide to buy another the next one will cost more battle points then the first one and each new crate will cost more to get, so buying a lot of crates can cost you a lot of Battle Points. In the beginning of the week everyone’s crate price is reset, so once again everyone can buy crates a the cheap original price with their points.

And once everyone gets their new crates it tends to be a lot of people that want to sell them to get some Steam funds, and just because there’s so many trying to sell their crates at once the price usually drops, everyone is undercutting each other to get their crate sold as fast as possible. This trend is a great opportunity to get yourself some cheap crates, you can either sell them when the price has gone up again or you can use them to trade with other people to get some skins or something.

The profit isn’t great but it’s always good idea to be on the lookout for these kinds of trends on the Steam Community market.

Opskins and Bitskins are two sites that offer marketplaces where you can buy & sell skins for real money. Both these sites have sections on their site where you can find a bunch of discounted deals, these sections are always worth a visit to see if there’s any items of interest at a good price. Always double check and see if the deal is as good as it says, sometimes the stats and the recommended price can be way off, especially for rare and expensive items.

This is especially good if you want to get Steam funds, you can easily find skins at a 30% discount searching the above sites. Prices for PUBG skins are almost always lower when buying and selling them for real money just because of the simple reason that people like money..

As mentioned Bitskins is a site where you buy & sell your PUBG skins for real money. They have a feature called Buy orders that has some real potential in getting you some cheap skins. Buy orders works like this, you choose a item you want to buy and then you set a price you would like to buy it for, when someone sells the item for the price you requested you buy it automatically. You can easily get items way below it’s market value this way.

Just make sure that when placing your buy orders to not set it at some ridiculously low amount, if it’s too low nobody will sell the item to you, make it cheap but fair for both parties and this will works the best. You can place buy orders for any kind of PUBG skin really, but I suggest you go for skins that have a high demand, otherwise your in for a nightmare trying to sell a item nobody wants.

The price on different marketplace sites can actually vary a lot and you can easily take advantage of that by buying items from one site and resell it on another site, it sounds stupid simple but it can be quite efficient actually. The biggest draw back is that it can be rather time consuming comparing prices on different marketplaces and trying to find where you can make profit, and also most PUBG marketplaces takes a sales fee so that will eat up some of your profit.

Check out my PUBG trading site list for sites to buy & sell PUBG skins between. 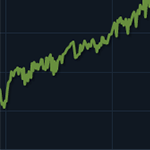 Stockpile items and wait for them to rise in value has been one of the more efficient methods lately but it’s always one of the more risky ways of trading just because items tend to rise and fall quite a bit, so be prepared to make some good and bad investments if you’re going to give this a try.

So why do certain skins go up in price and some don’t? This is of course a complicated subject that has no real answer, that being said here’s my answer to why some items rise in value, but keep in mind that these are only speculations based on my experience in trading, so take it with a grain of salt.

Make sure to have a lookout for these properties in skins when new crates are released, it might help you make some good investments in the future.

I’m sure you would rather see me giving more specific advise on what exact items to buy and resell, but I’m not going to do that because;

What are other PUBG traders buying?

One last tip for stockpiling and investing in PUBG skins, and that’s to spy on other traders and see what they’re doing, head over to any PUBG trading site and look for any trader that’s either dealing with a lot of expensive items or high volumes of skins, go to that persons Steam profile and head over to their PUBG inventory, here you’ll see all the items they own and see what they’re stockpiling.

You can sort their inventory by items that are “Not marketable”, this will show up some cheap skins that never will turn tradeable, ignore those. Items that has recently been bought on the community market will also show up here (a item will be not marketable/tradable for 7 days after a purchase), this is a easy way to see what other people’s recent investments from the Steam market is, and could give you some ideas on what you could possible invest in next.

You could even bookmark big traders inventories and check regularly to see if they done any recent investments that you could replicate.

you can determine a value of a item in a number of ways, for example you can determine the value based on what  it’s being sold for on the Steam community market, or you can base it on what it’s being sold for when dealing with cash, these two values are almost always different (the Steam market usually have a higher price then in real cash). So use the same method of determining value of items for both the skin you’re selling and the skin/item you’re planning to buy.

Here’s a example that earned me a small profit, I started with buying some cheap CSGO keys, the market for CSGO items is well established with a lot of competition, which is great and tend to drive the price down for item. I then found someone that wanted to trade my CSGO keys for PUBG keys, one key for one key, fair deal for the both of us. The PUBG keys is worth a bit more when selling them for cash (just because of all the PUBG hype at the moment).

So I bought the CSGO keys for $1.85 then traded them for PUBG keys that were worth around $2 each (after a 5% sales fee). I used Bitskins to set the value for both the items being traded, but you could use any other marketplace or the Steam market as value determine if you like, just don’t forget to count in the sales fee if you’re planning to sell the item on a marketplace as a end goal.

What I can’t stress enough is that you shouldn’t lowball people with your offers. I see this all the time, people offering really low valued CSGO skins for people’s PUBG skins, hoping the other person don’t know the value of the items being traded, this is pretty much scamming people. So apart from being a really shitty thing to do most people won’t fall for this anyway, so please don’t waste everyone’s time, there’s plenty of profit to be made in PUBG without scamming people.

Resell PUBG keys for a profit 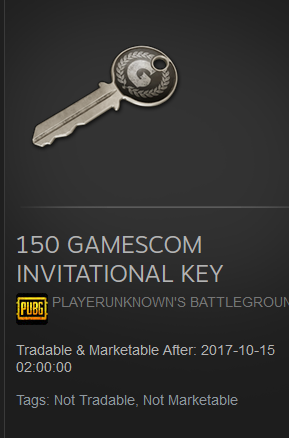 Here’s another simple way of getting some slow profit. Buy PUBG keys and then sell them on the community market. This might not work in all regions but it works where I am. I’m being able to buy the Gamescom Invententional case keys for 2.14€, and on the community market they sell for 2.5€-2.9€, the 15% sales fee on the market eats up a lot of my profit but it’s still a easy way to get some profit without much effort.The more Steam funds you have to buy keys for the better.

It’s also relatively safe, the Gamescom keys seem to have a stable price that doesn’t go that low, worst case scenario I’m buying and selling these keys and I’m not earning anything but not losing money either. Also keep in mind that you need to wait 7 days before you can trade or sell the keys on the market after you bought them.

Just change the end of the URL from /1 to the number of keys you want to buy. 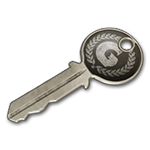 Keys are a great currency to do trading with, there’s always a demand for them and their value tend to be very constant. Getting a hold of some cheap keys and using them to do trading with can be a good way to make some profit. Your best bet is to buy some keys on one of the PUBG marketplace sites using cash.

Let’s say you get your hands on some keys for around $2, a price below the market value but still a price people are selling the keys for, they’re also being sold for $2,79 on the Steam market (after sale fees).

We’ll then try to trade our keys for another PUBG skin that has a higher market value then what we paid for the keys. Because we bought the keys at a discount we’re being able to make a profit with trades that wouldn’t be profitable otherwise. It’s like we’re buying currency at a discount.

What are other PUBG traders doing?

This isn’t a exact method it’s more of a way of finding ideas on how to do trading, it’s quite simple and similar to my previous advice on checking other traders inventory to see what they invested/stockpiled.

Go to any of the major trading sites and start snooping around and see what other people are doing to make some profit. It can be hard to track their trades back to see their whole process or even to see if they’re doing something profitable, but this is more of a way of getting new ideas on what you can do and once you have some new trading ideas you can do your research and see if it’s something profitable in what they’re doing.

What I wouldn’t recommend 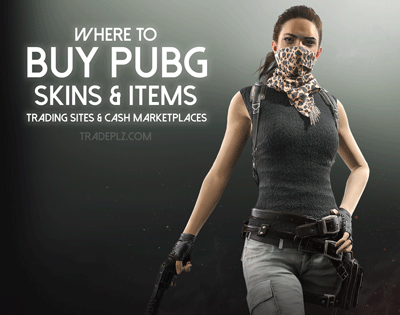